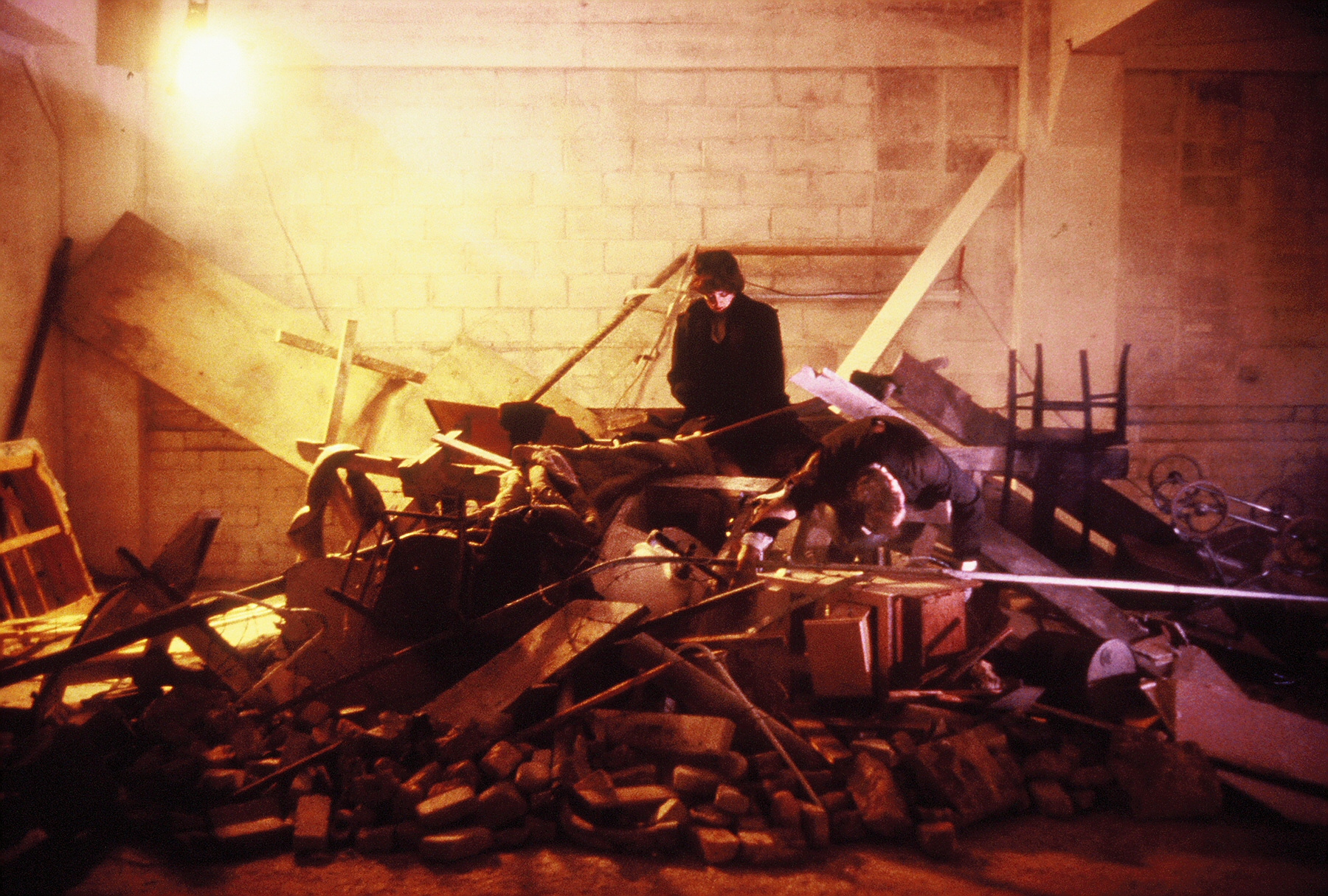 Untitled #1 was a performance installation using a collage of imagery, text and performances dealling with the experiences, emotions and terrors of war. The performance was sited in the old Drake Marble factory in St. Paul, Minnesota.

Untitled #1 was a semi-autobiographical piece based on Kayim’s childhood experiences of war on the island of Cyprus, as well as an artistic response to the conflict in the former Yugoslavia. Guided through the altered space by characters, the audience was immersed in both designed and pre-existing site installations within the abandoned factory. As they moved from space to space they encountered characters torn from their familiar surroundings, performing tasks and activities among the elements of the installation.