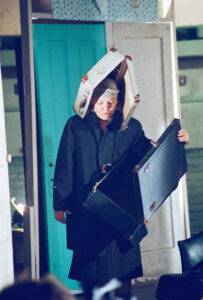 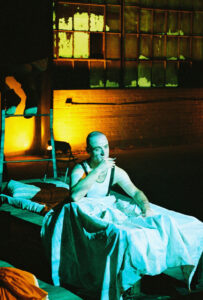 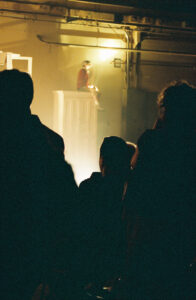 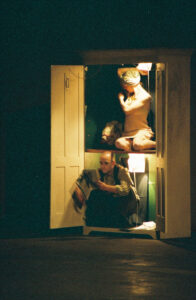 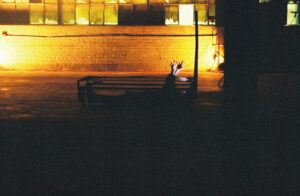 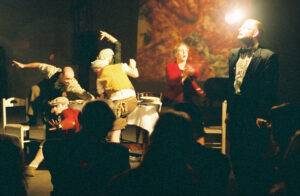 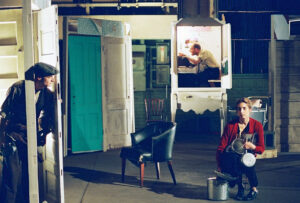 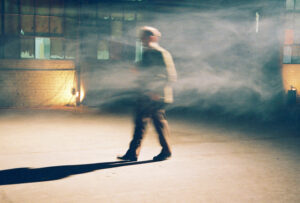 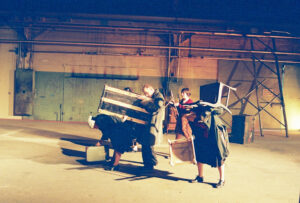 Notes on The Orange Grove
Set in a large vacant warehouse, The Orange Grove was a story of a family’s migration told through the incomplete memories of a young girl. The characters made their homes in wardrobes, suitcases and cupboards. A pyromaniac set objects on fire, and oranges were stolen from a forbidden orchard.

The Orange Grove was pieced together by Gülgün Kayim using narrative, memory and biography as a basis for a collage of events and images. An attempt to reassemble the past, the fragmentary scenes tell conflicting accounts of a Turkish family’s migration from Cyprus to London, all are filtered through the impressionable mind of a five-year-old.

Located in the the Thorpe Building complex in Northeast Minneapolis, a former World War Two era bomb-site manufacturing facility, the site of The Orange Grove resonated with the themes of war and displacement in the performance. It also served to connect the present day midwestern audience to the globally shared responsibilities of war and the present day conflict in Cyprus.