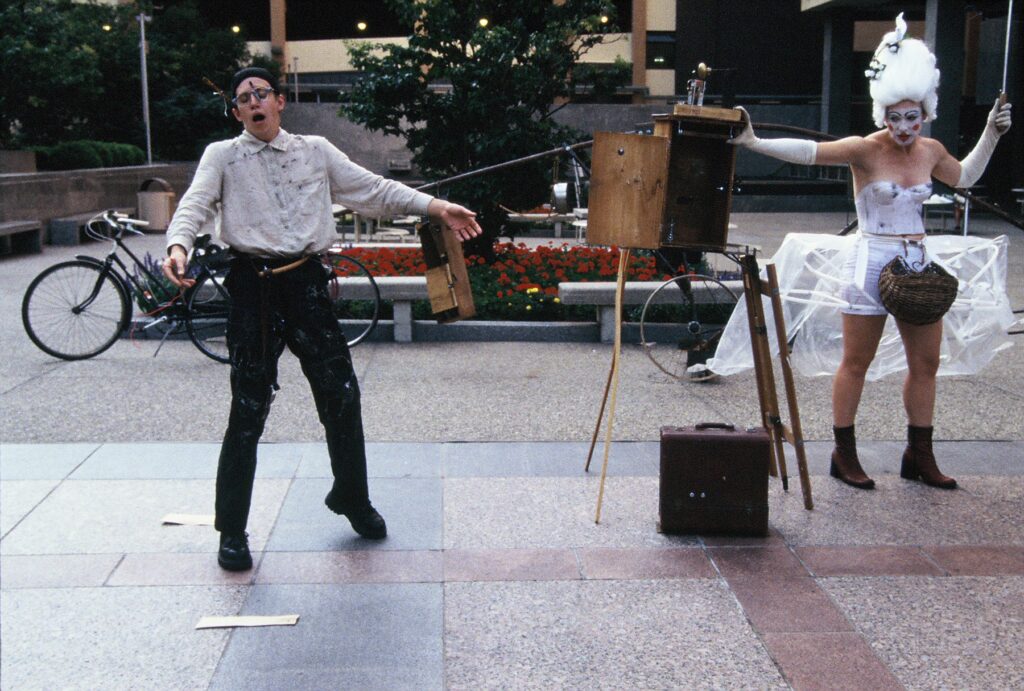 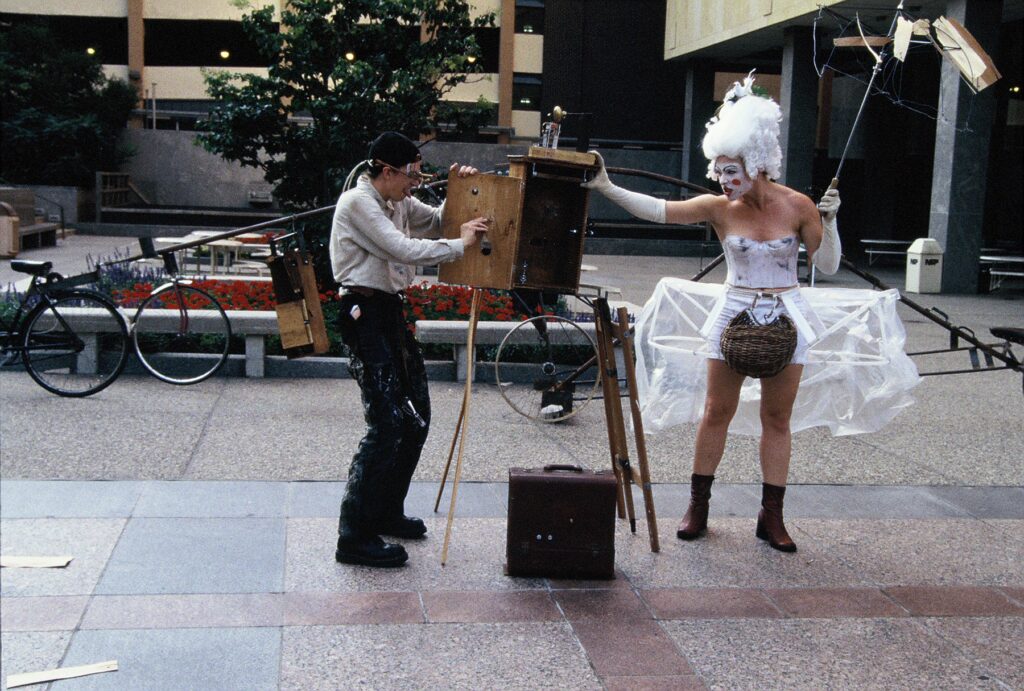 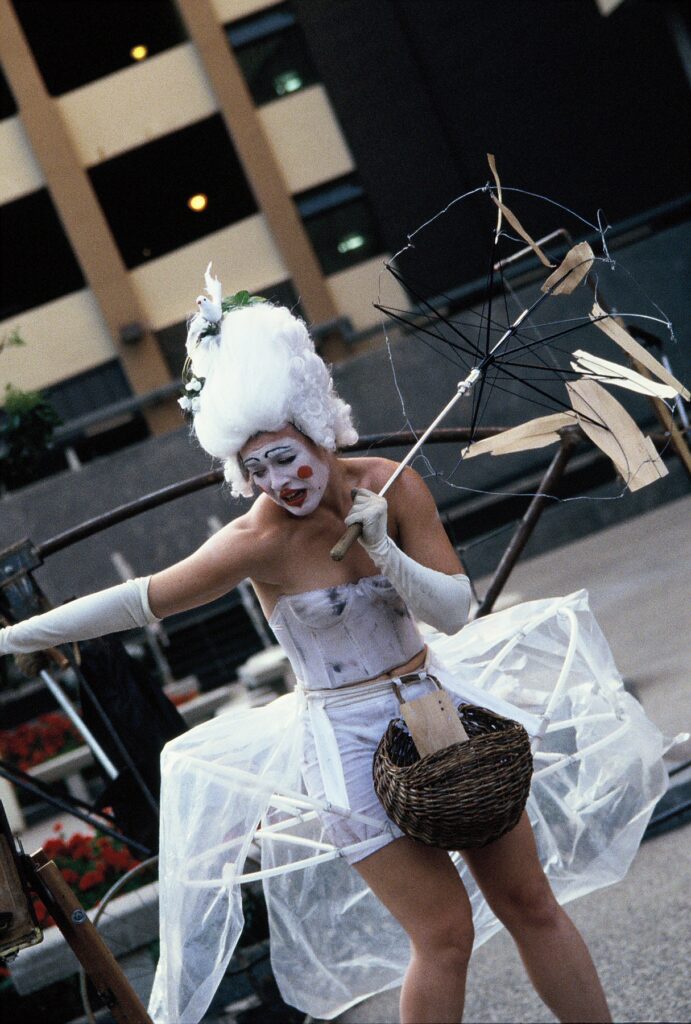 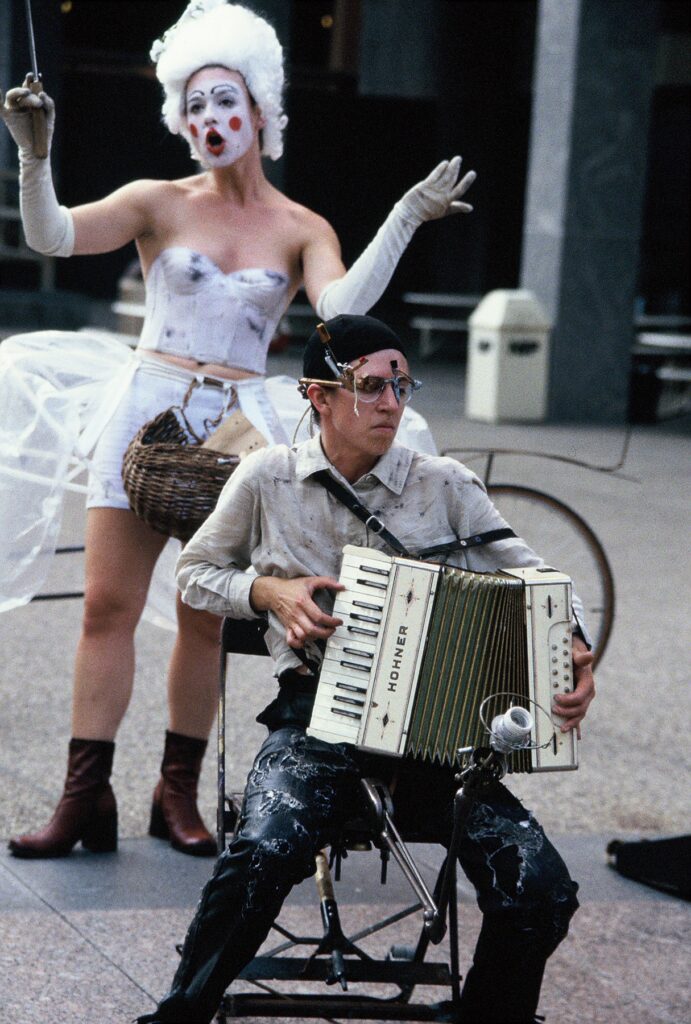 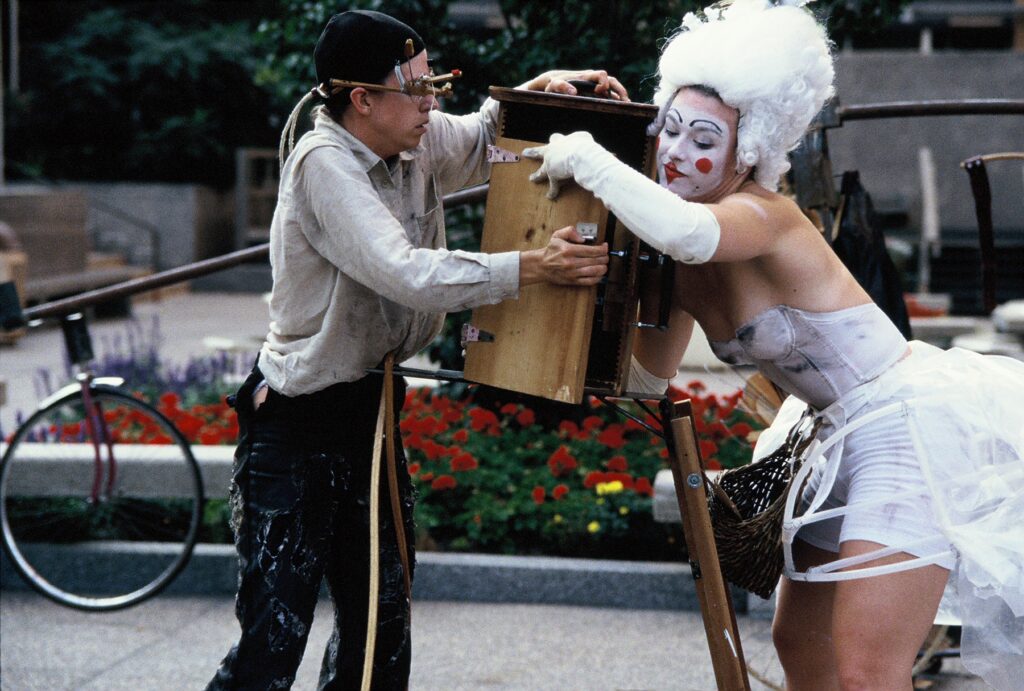 The Bicycle was created in collaboration with architect Steve Epley. An artistic and humorous intervention in consumer culture, the piece was performed along Nicollet Mall in Minneapolis. At the height of the lunch or evening rush hour a 30 foot long sculptural bicycle laden with altered everyday objects made its way, clanking and squeaking, down the mall. At each end were two odd characters dressed in tatters. They pulled into an open area and the characters put together what appeared to be hammered together equipment from a neglected underworld. They went about their business performing an elaborate and undefinable ritual with harmonized song. Later, the relationship began to deteriorate into a struggle for power.

The piece drew attention to itself, but also to the people around it, how they behaved. The performance asked questions about public and private space, ownership and belonging, and implicitly urged a need to take responsibility for the choices that we make as we construct our communities.