The City Itself was a performance triptych created by the company that traversed landscapes both real and imagined, private and public. Consisting of two site-specific performances and a sound installation, the series invited viewers to explore secret spaces and hidden lives, using Minneapolis as the canvas. The series framework allowed us to take an extended look at a topic from multiple viewpoints over an extended period, allowing viewers to experience the events individually or draw connections between them. 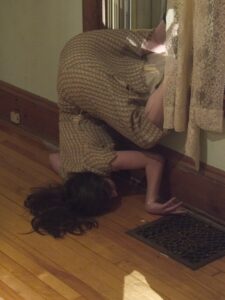 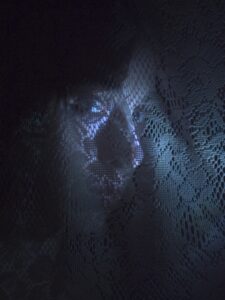 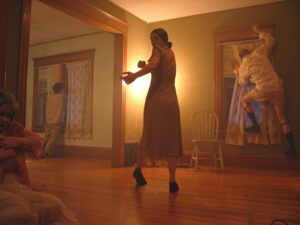 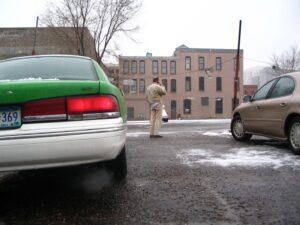 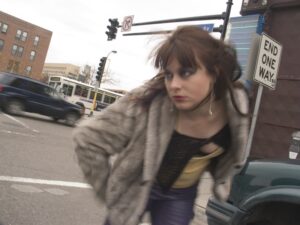 The series took place September through November, 2004 earning Skewed Visions Artists of the Year awarded by Minneapolis’ City Pages, and a feature in the national theatre journal TDR: The Drama Review (Fall 2005).

Part One: The Car explored intimacy in the urban environment, allowing a select audience to experience the city from the backseat perspective of three separate cars as they drove the streets of Minneapolis. A cab driver, a prostitute, and three wild riders took the audience on a tour of their city.  Written by Charles Campbell and Gülgün Kayim. Directed by Gülgün Kayim and Sean Kelley-Pegg.

Part Two: Side Walk was a free site-specific audio installation that took each audience member on a journey through the Lyn-Lake neighborhood. Listening to the instructions of an intimate audio escort on a portable CD player, audience members entered an unfolding narrative inserting them into the lives and changing character of the Lyn-Lake neighborhood. Compelling experiences and secrets were whispered in the listener’s ears as they peered into windows and wandered through alleys. Vivid echoes of the neighborhood’s distant past merged with the cacophony of the present. Audiences became both instrument and player of the city’s music.  Created by Sean Kelley-Pegg.

“Do not let them fool you! There is no way back home.”
-B. Brecht

The House is always full but nothing can ever be found. Things are always missing and people show up at your door at the oddest times. In this dark and volatile construction, figures and images slid through the rooms of the house, the city’s memory. Playing confinement against exclusion, The House enacted some of the personal, social and political forces of personal living spaces. The House was staged in an actual home.  Written by Charles Campbell. Adapted and directed by Gülgün Kayim.