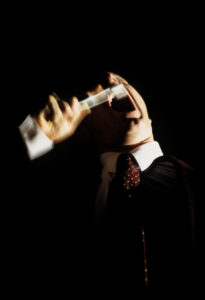 Created in response to continued infringement of human rights in the name of security, Pipes was a multidisciplinary piece layering a short story by Julio Cortázar, medical records, movement, a towering eight foot table, and sound to evoke an underworld of nightmares and wishes. Pipes took plumbing as a metaphor for disappearance and discovery and enclosed the audience in an experiential exploration of competing drives for secrecy and surveillance.

Pipes was produced for the Minnesota Fringe Festival in August, 2004. It was originally created for the Intermedia Arts’ 2003 Naked Stages performance art commission.